Week 3 of #52taghannemade and black and white postcards

The theme for the third week of the 52 week tag challenge #52tagshannemade was scraps. Anne Brook's example was made using folded strips of fabric that was stitched onto the backing along the channel of the fold (you can see Anne's tag here).
I followed the same basic method, but I had different lengths of strips and I also stitched some vertically as well as horizontally. To fill in the spaces between the strips, I folded small squares of fabric into quarters and stitched them to the backing at the point of the folds. The overall effect reminded me of a rag rug.
Anne said that week 4's tag will feature an embroidery stitch, so I'm looking forward to finding out which one she picks. 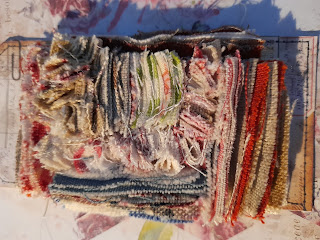 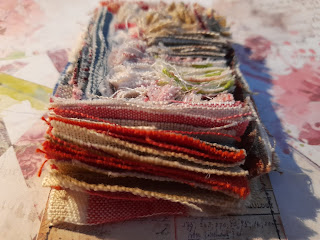 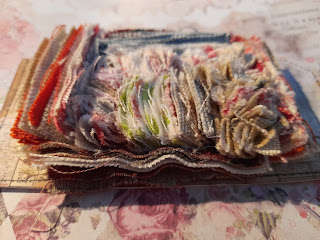 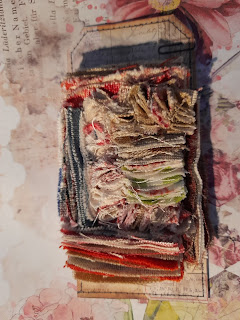 I belong to a group on Facebook called Hooray for Happy Mail and the group usually does a couple of swaps a month. For the first swap in January we had to make two black and white postcards for your partner. I made my two for my partner and forgot to take a photo of them before I sent them, but I loved the theme so much I made eight more. 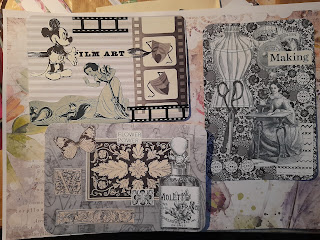 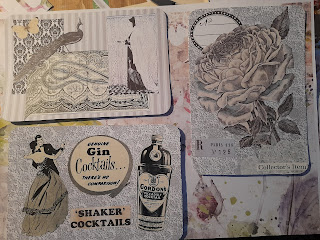 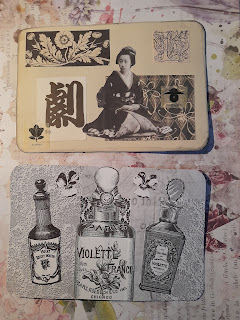 These postcards will probably end up in my shop and/or happy mail.
TTFN
Louise

Posted by Louise@ElsieMayandBertha at 22:00