A bit of styling, some samples and a delivering a bit of Christmas.

It's been a reasonably busy week this week. I rearranged a shelf to accommodate an early birthday present from my Mum and Dad. A 1930s jug with painted flowers from Nicholas and Steele (they sell lots of lovely things). The blue in the jug didn't go with some of the things already on the shelf, so a little rearranging was in order. 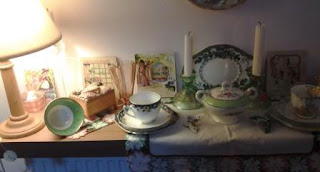 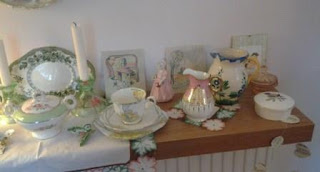 On Tuesday I took some of my Christmas things to Jo at the Seagrass Gallery in  Hoylake. 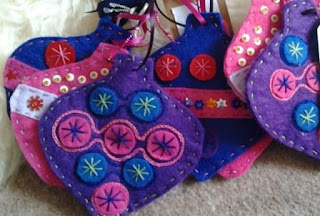 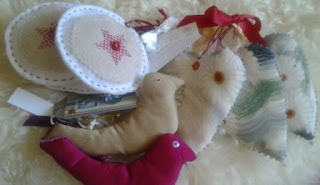 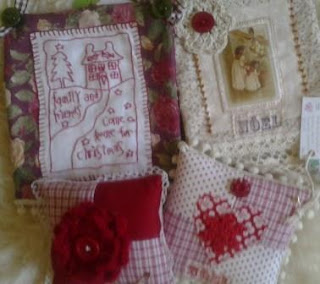 I sell quite a few things through the Gallery, which is nice, and it also gives me an excuse to visit the charity shops in Hoylake. I found some 1940s-50s knitting patterns, an embroidered traycloth and a cutwork mat. 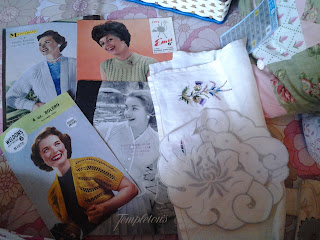 I made some pincushions out of a couple of china cups and a small pot.  I'm putting an application to sell some Elsie May and Bertha things in the Williamson Art Gallery shop and I thought they'd be something that they might like. There's no harm in trying and I've been meaning to make a pincushion out of a couple of cups for ages. 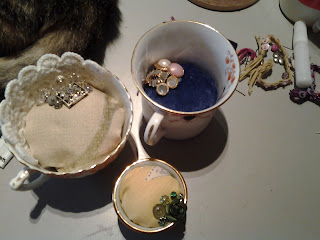 The two teacups aren't stuffed to the rim of the cup as they both have flowers on the inside and I didn't want to cover them up. They're decorated with a mixture of beads, vintage jewellery and buttons. (I need to take some better pictures these).

I've had a hankering for doing some hexagon patchwork recently (a good few of my Facebook and Instagram friends have been doing some) but I really don't have enough time to concentrate on a whole quilt. So I'm going to do lots of flowers (six hexies sewn around one) and sew them together when I have enough. As I'm doing bits now and then I needed something to keep my hexie bits and pieces in (the stuff I'm making normally lives in my sewing basket).

I've seen a few decorated tins on Pinterest and as I had an empty shortbread tin, I decided to use that, once I'd prettified it a bit . 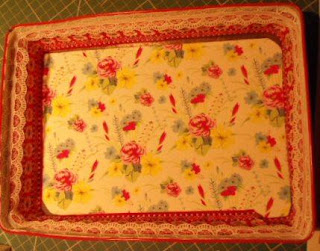 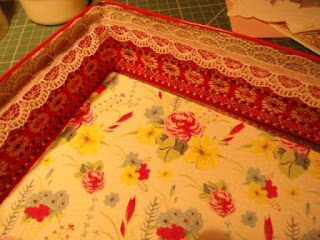 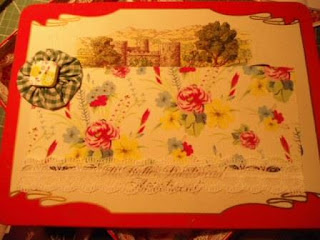 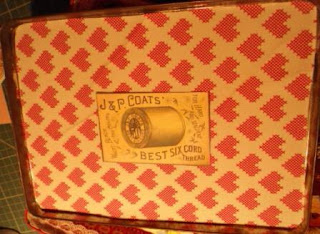 I've been cutting up fabric and paper hexies and they're now in my little tin for when I have an unoccupied moment. 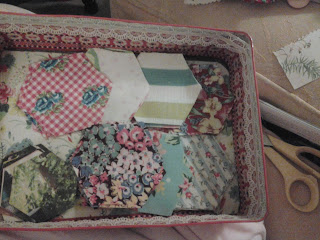 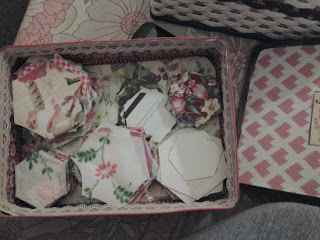 One of things I'm going to do this week is to try and crochet a granny square. I have the wool hook and a really good pattern with lots pictures. I'll let you know how I get on.

Have a great week.

P.S. Pop over to Handmade Monday to see what others have been up to. I take part on other blog share too, you can see links to these on the right-hand column.

Posted by Louise@ElsieMayandBertha at 17:35