Can you tell what it is yet? A visit to the Rolf Harris exhibition and cake.

As it had been a while since me and my other half had had a treat and we wanted to see the Rolf Harris exhibition on a the Walker Art Gallery, which finishes soon, we decided to pop over to Liverpool on Monday. 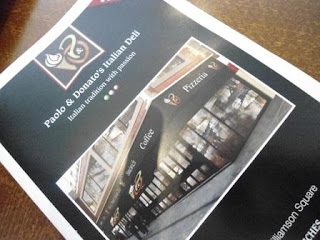 Our first treat was a visit to Paolo &  Donato's Italian Deli in Williamson Square. This was our first visit, though we had already had one of their cakes and some of their ice-cream via my Mum and Dad.


Coffee and cake was consumed, I had a cappuccino and a mille foglie con crema pasticcera e cioccolato (layers of puff pastry with chocolate pastry cream), both gorgeous. 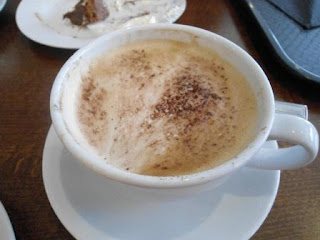 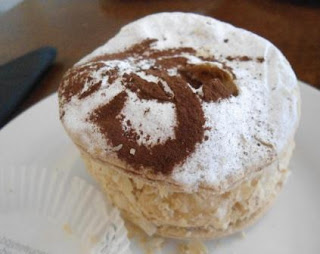 The other half had a slice of torta nutella (chocolate cake with nutella and cream), but he'd nearly eaten it before I could get my camera out. Hence the small mouthful left. 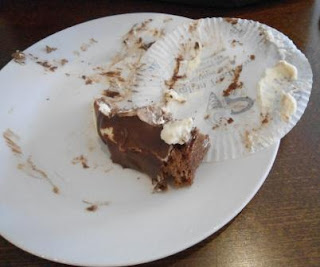 After all of the cake loveliness we sauntered over to the Walker Art Gallery.


The Rolf Harris exhibition, called 'Can you tell what it is yet?', was fabulous. It was really interesting to see some of his pictures close up, especially the really big ones that were like the ones I used to see him painting on TV.


There aren't many pictures of his work here as you weren't supposed to take any of the exhibition (I hadn't known about this till we went into the second room of the exhibition, which is why I have a couple). 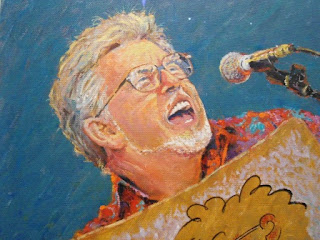 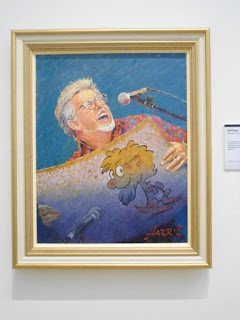 Cartoons drawn by Rolf for his song "Tie me kangaroo down sport" (from exhibition book). 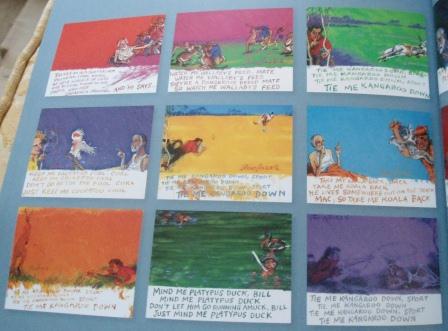 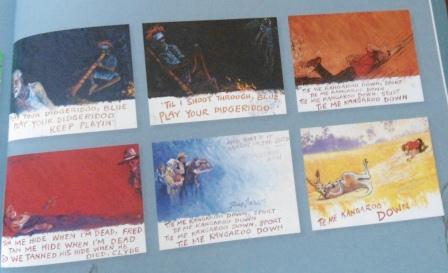 The exhibition runs until the 12th August 2012, if your are in Liverpool between now and then I would recommend you pop to the Walker Art Gallery for a look.

Posted by Louise@ElsieMayandBertha at 16:40