We had a little stroll along the prom yesterday.  The sun was out and lots of other people had had the same idea. 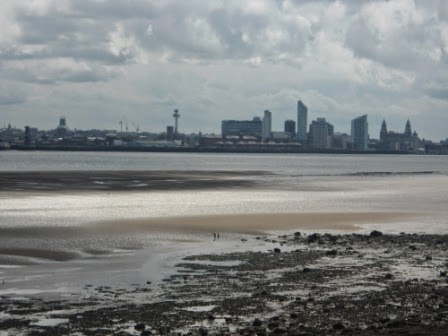 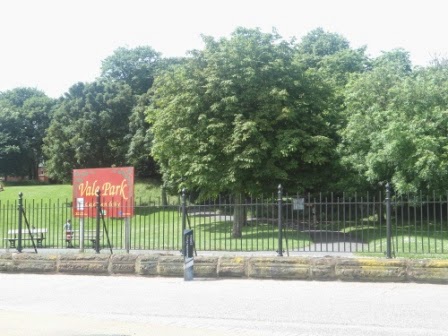 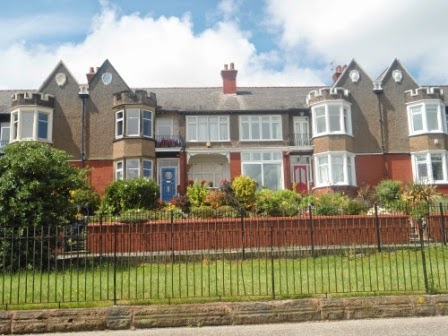 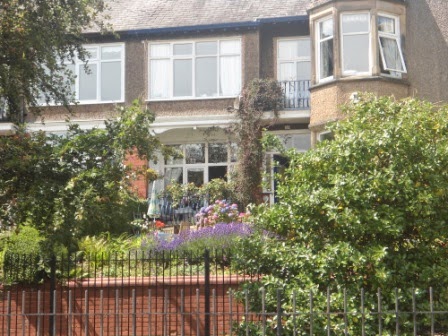 There was the Liverpool skyline, Vale Park and beautiful houses to look at. 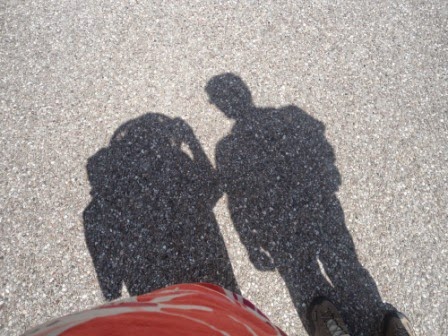 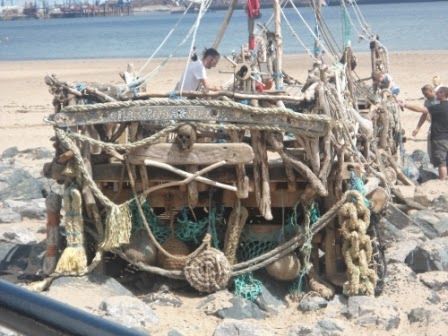 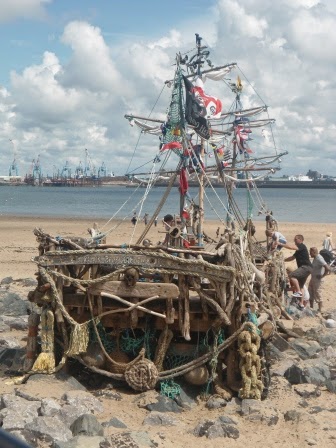 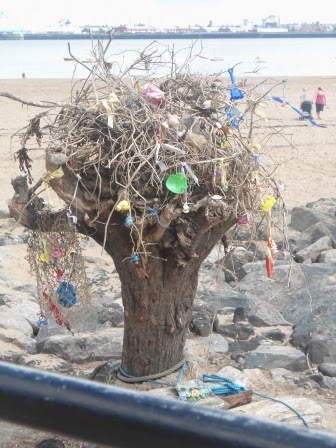 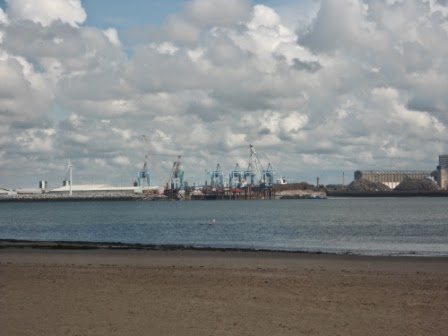 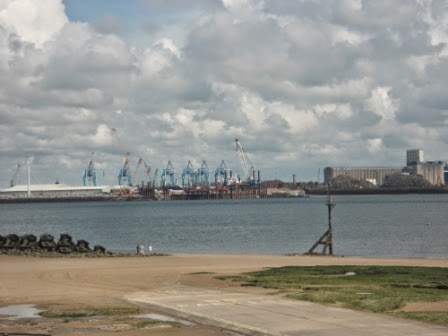 At the mouth of the Mersey, they are busy building a new riverside dock for container ships, which will mean ships will no longer have to squeeze themselves through locks. That will also mean larger ships could be unloaded too . Another plus will be that cargo will be able to be loaded onto smaller ships that can go up the Manchester Ship Canal, which will mean less lorries on the roads. 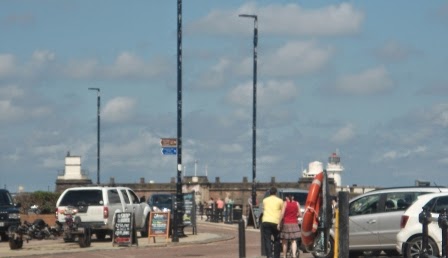 A quick look at the Fort. 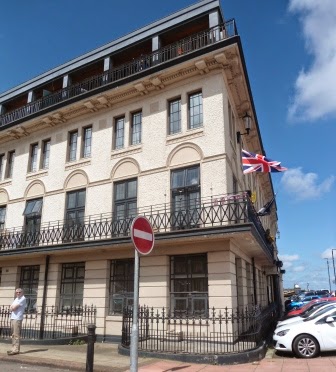 Ray managed to get himself into this picture of the old Chelsea Reach club - now an apartment block.

I hope you enjoyed your Sunday too.

TTFN
Louise
Posted by Louise@ElsieMayandBertha at 12:29